Costantino Morosin was born in the Veneto in 1950. In 1975 he received a diploma in set designing from the Academy of Fine Arts in Venice with a thesis on the semiological affinities between hunting agriculture and architecture in "terra cruda", with research material which he gathered from "Quaderni Neri" and which he produced on a trip to the South Sahara. 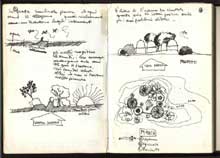 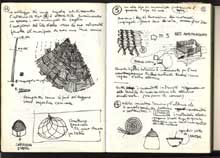 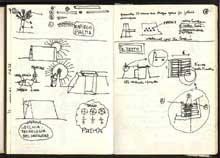 CHAD 1975 - Shooting for the Documentary "Rachena "

At a very young age, he worked in Africa as director of social anthro­pology documentaries pro­duced for the F.A.O. and some African governments.

One of his documentaries, "Rachena - Fare assieme", was awarded a prize at the world conference "Habitat" held in Vancouver, Canada, in 1976.

In "Cart and horse around rural ltaly", sponsored by the W.W.F. in 1978, he developed a series of ecological themes. 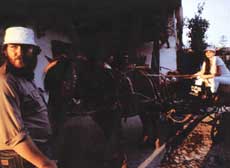 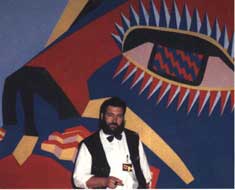 Subsequentiy he lived in Milan, Turin and Rome, where, in 1980, he founded the weekly "Time Out-What's on in Rome". In this period, Rome and its workings were in the focus of his exploration.

He produced collages, large murals (La Chiarella, 450 sqm.) and objects in polypropylene, which were collected in the series "Atomic Morning". 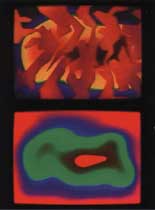 With "Cnosso" and "Energie", 1983-84, he was among the first Italian artists to create digital images and interpolations (Archive of Computer Graphics Europe-Rome).

Exhibition "Other works in progress", Morosin buries "Fertilità" under the ground floor in the art gallery "il Campo", ROMA 1989

With the production of telematic exchanges for the RAI programme "In search of the Ark", and with the performance of communication esthe­tics at the Roman gallery "Il Campo", where he buried one of his bronzes under the floor, Morosin brought to an end a creative cycle begun in 1982 and which had included the use of media and advanced technology. In that year he had produced an Art hologram, the Totem-Logo for the show "Calcata 1982, Audition for a future kingdom".

At this point in his career, the focus of Morosin's activities once again became an interest in the natural environment and the prevalent use of local materials fashioned on site in the open. Two factors contributed to this shift: the natural and historical assets lavished on the landscape which surrounds Calcata but especially the awareness Morosin had gained from a variety of powerful artistic experiences he had early in his career. 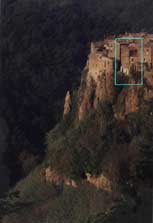 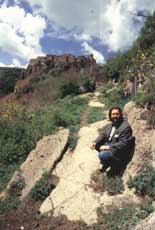 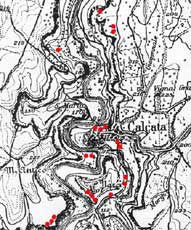 Map of the sculpture sites in Calcata 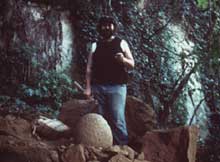 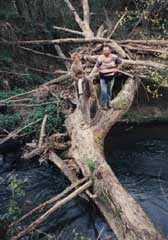 View of the river Treja, Calcata

From this period on, there is an intense production of tuff-stone sculptures, large scale drawings, paintings in black and white as well as works in earthenware, bronze and glass. 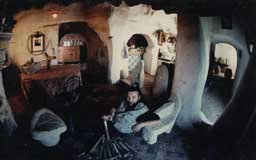 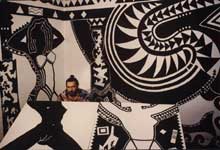 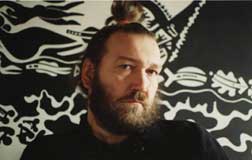 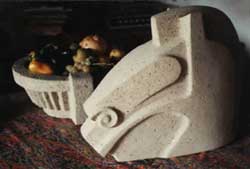 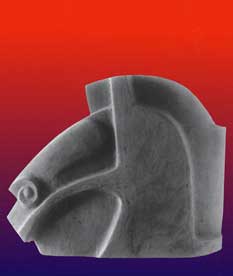 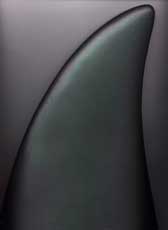 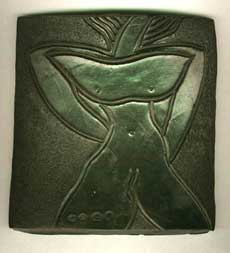 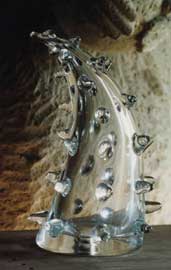 Besides "The Thrones of Calcata", Morosin has created other public monuments (1993-94), with which he has won some national competions. 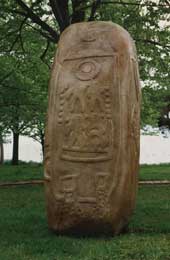 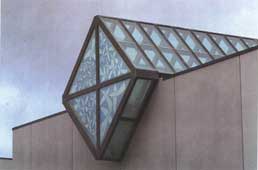 In Calcata in 1996 together with Anne Demijttenaere, he founded Opera Bosco, Art Museum in the Nature, open all year for public and school visits. The visitor to the museum follows a route which displays a number of works made from on-site materials, using naturalistic techniques. 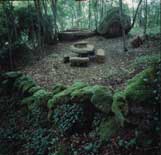 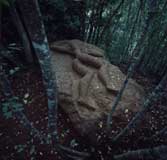 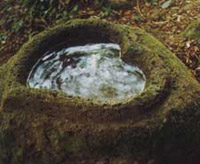 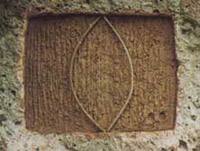 Between 1998 and 1999, Morosin executed "The Trilith Horses of Castelfranco", three dolmens sur­mounted by heads composed of eleven monoliths of travertine stone, some of which weigh 26 tons. Like three large gateways they symbolize past, present and future and greet the third millennium, press release for the inauguration.

Since 2002 Morosin creates the "SIGNA", artwork of territorial char­acter based on GPS satellite traces, usable in mobility on smartphones; this work is also acquirable on rigid support. 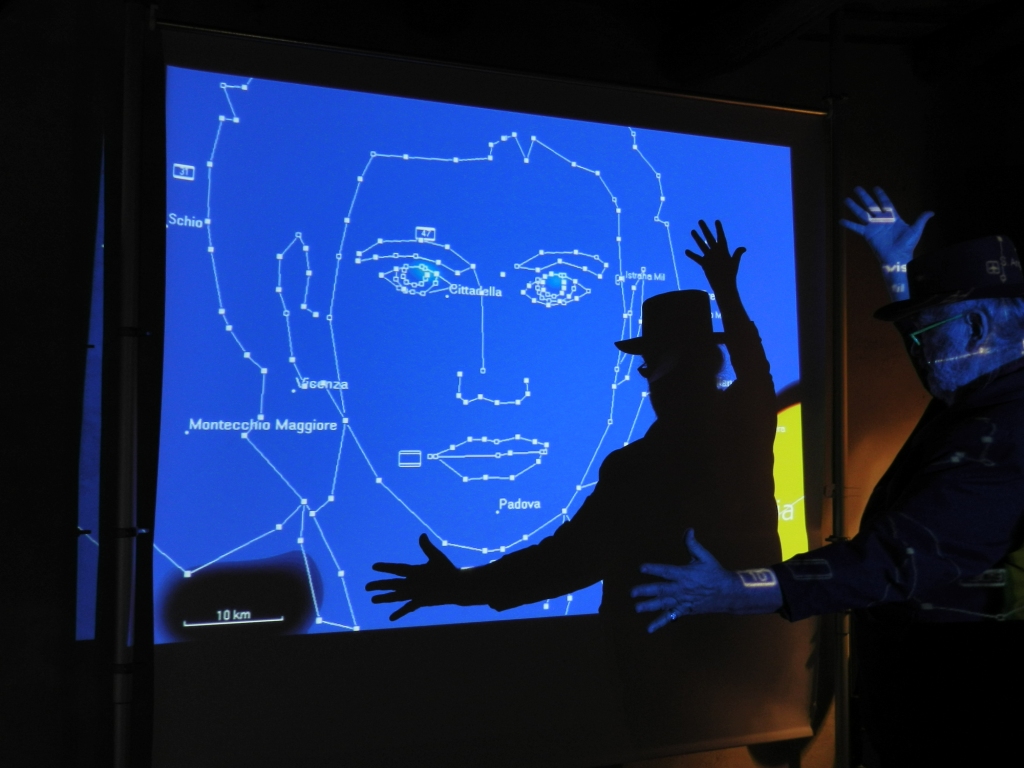